Marriage is beautiful,I suppose;no I know this for sure because it has God’s stamp of approval.Everything that originates from him is beautiful (just look at you in the mirror) 🙂

It is not good for man to be alone… I will make him a companion…Someone who is a lot like him,but different enough to complement him;his missing piece of the puzzle that completes him.

Two are better than one.For if one falls…
Is it a wonder then,how we always have the need to share our lives with someone?To have someone who will have our backs, in sickness and health;for richer for poorer;in good and bad times. At least that’s what I think a companion is and what God intended when he said that a man will leave his mother and father and cleave to the wife and the two shall become as one flesh.

One,yet two. Like Siamese twins or something; you are joined together by something so strong that to separate the two,both have to come out with scars(is it a wonder then just how crazy divorces get?)

Man,in all our intelligence somehow miss the point. We at times are too bright for our own good. Due to all the knowledge,we kinda frown upon simple things and we go ahead and complicate them;I guess it gives us a thrill to feel like we really are working…

But Eve came when Adam had done all the hard work and so she was refreshing to look at and easy to be around.She was able to understand Adam and help him relax;she made him very happy;’this is now bone of my bones and flesh of my flesh’;satisfaction.

Now he had someone he could talk about his days. How he had named everything;the craziness of the whole thing,and this person would understand every word he spoke,okay,at least most of it…

Why I say marriage is beautiful is because how God had planned it,was for the two to simply enjoy each other’s company in the garden of Eden,where they were provided for everything they would need;their needs were well taken care of;the environment was conducive. But of course,the serpent happened and complicated things and made man and woman doubt the simplicity that was God given and so they went ahead and tried out that which was forbidden…’let’s see what happens; isn’t it just a fruit?’ Man trying to show how bright they also are. Notice, the serpent did appeal to woman’s pride kinda. Made her to feel like the rule was keeping her from something much greater and don’t we all have that need to know much which in turn makes us better somewhat,or more marketable?Maybe it was just curiosity but remember,the serpent found a crafty way to paint it.Made the woman interested enough to let go of what she knew to try and figure out this new phenomenon.

Doesn’t the world still do the same with our marriages today? Doesn’t it paint curiosity in a super colorful way that makes it hard for us to ignore it? Doesn’t it cause us to walk away from what we know and lead us to delve into the unknown? You know your hubby loves you but he’s been coming home rather late lately.At some point his word was it. If he says he was working late,he was working late but now,a friend or a relative says something that makes you doubt what you know. You watch a movie or series and it makes you doubt what you know and you delve into the unknown and try to figure things out. That action alone takes you to different directions. Ask Adam and Eve;it drove a wedge in their relationship with God and they got kicked out of Eden and all its peace and beauty and out into the harshness of the world,where now it was really going to be hard work to get by…the ground was cursed so man could toil very hard for what he used to receive for free and woman,well those labor pains ain’t no joke!!! I think before the serpent and all,child birth was meant to be a painless process(That’s my theory and I’m sticking to it…)

Isn’t this hard work what marriage becomes,once we let go of what we know about our spouses and walk into the unknown,where there really is nothing you can firmly hold onto?And doesn’t that path lead us to a place where the lips that once whispered sweet nothings to your ears that made you giggle, now only crushes you with every hurtful word spoken in a raised voice? Doesn’t that path of questioning what you know,because of what someone else has said, lead us to a place where the bar and all its shenanigans feels a safer and more peaceful place to unwind at as opposed to the house that you bought together and once was warm and loving to go back to, to recover from the day’s fights?Now,you would rather go back when she is asleep or 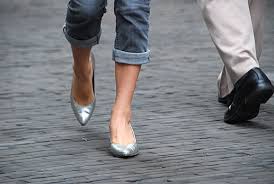 when you are too high to have a conversation,because bickering is all that happens?
Before,when something bothered you,you would talk it out and like Neyo’s song,you would not go to bed mad at each other. Now,it’s amazing if you even say good morning!It’s a miracle! You become housemates and lose the companionship,which I believe was Eve’s main JD. At an appraisal,if she had done everything else but failed in the companionship sector,a very big fail;she will not have hit her target.

As women we argue as to why we seem to do all the work in relationships.God did say “Your desire and craving will be for your husband and he will rule over you!” A direct consequence of our actions back in the day.Just saying. Now that I think about it,maybe God was like ‘hmm,woman has a big heart and is super trusting and sees the good in all people and that makes it easy for people to take advantage of her. Man on the other hand is not too easy to manipulate so,if woman is under his authority,I believe it will cover them both.’ I just thought of that verse that way now.I am not saying that’s what God meant. It makes sense to me and that’s why men are leaders of their homes and as women,we are cut out to look for that quality and submit under it. It’s difficult to submit under someone who does not know…just saying.

So,we now kinda see how we mess things up for ourselves.By allowing other people to poison what we know; unless when you got married you knew you did not trust this person and it was just a contract of sorts.But if you knew your spouse;if you meant the vows you said under no pressure whatsoever,then you owe it to you both,who are now one flesh,to hold on to what you know.It is both your responsibility.Two becoming one can only be achieved by two people and once you are one,only death should separate you because any other means will hurt you and scar you;terribly!!! 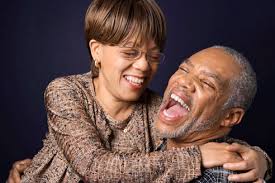 Marriage was created to be beautiful;beautiful is in its nature;at its core and if we play the game by the rules,we will realize how simple the game truly is. The rules can be found in the Bible. Try applying them and see how that will work for you.

P/s: I surprise myself at times with words I write and this is why I say,I am but a servant to my words. I do their bidding but of course,my Father upstairs has a lot to do with the inspiration.

Fresh from the oven